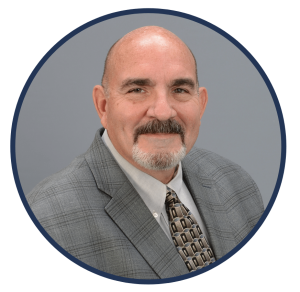 On April 1, 2016, Warren Miller Enterprises, LLC was established to provide regulatory assistance and consultation services to pipeline operators, contractors, and companies in areas of Operator Qualification (OQ), Operations & Maintenance, Drug and Alcohol, Control Room Management, and Integrity Management. This includes program development, program assessment/audit, pre-audit inspections, audit support, post-audit assistance/development, accident/incident investigation and regulatory training in both the natural gas and hazardous liquid industries. He is a member of the OQ Integrity Coalition, which developed an improved program for distribution gas operators and contractors, released in 2020.

After retirement from PHMSA in 2014, Warren worked as a Compliance Specialist for a third-party provider, providing regulatory assistance to the operators and contractors and developed training as requested.

From 1991 to 2014, Warren served with the Pipeline and Hazardous Materials Safety Administration (PHMSA) of the Department of Transportation (DOT) for more than 22 years. He co-developed the inspection protocols, forms, training, and guidance for the QO regulations and represented PHMSA as a charter member on the ASME B31Q Qualification of Pipeline Personnel Technical Committee. He maintains status as a current member of the ASME B31Q Standard Committee.

Warren facilitated the federal and state committee for ensuring a consistent inspection process during the rollout of the original OQ rule. He also assisted training federal and state inspectors on OQ from 2002 through 2015. In 2010, he facilitated the PHMSA OQ Federal/State Committee, whose charter was to address issues that arose in the field as inspectors inspected OQ programs and to investigate quality management benefits. The committee authored the Notice of Probable Rulemaking that is currently awaiting Final Rule status.

He worked in three regional offices during his career with PHMSA: Western, Central and Southwest. He joined the PHMSA Office of Pipeline Safety in Denver in September 1991, as a Petroleum Engineer. His duties included inspection of interstate and intrastate operations of hazardous liquid and natural gas pipelines from construction through operations, development of compliance actions addressing deficiencies found during inspection, support during specific hearings, and accident investigation.

Prior to 1991, Warren consulted in the oil and gas industry for numerous operators that did not have staff to drill and complete oil and natural gas wells. He worked from Texas to Wyoming while assisting operators with regulatory requirements, from staking the location of the wells to connecting production to gathering lines and transmission pipelines.